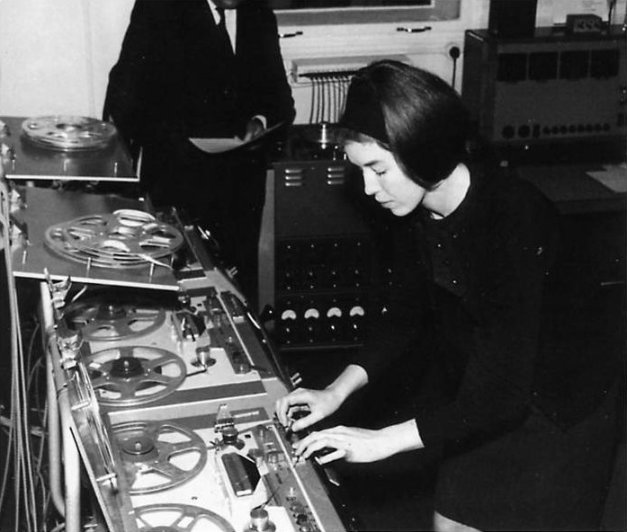 The panel will be hosted by Cath Aubergine a well known Manchester based reviewer and feature writer for music websites including Manchester Music, Louder than War and Incendiary. She first came across the name Delia Derbyshire courtesy of Peter Kember, but had in fact been listening to her music for a lot longer than that without knowing who was behind it. A Dr Who obsessed child, Cath used to borrow music from the library that was credited only to the BBC Radiophonic Workshop not to Derbyshire individually. “We had all grown up listening to the analogue oscillators, filtered white noise and processed found sounds of The BBC Radiophonic Workshop. Many of these incredible sounds had been created by a woman who had refused to let gender stereotypes keep her from what she wanted to do.” 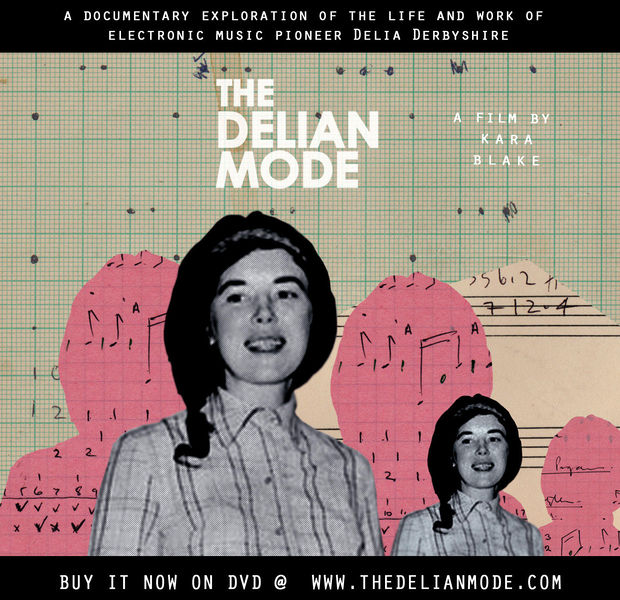 We are thrilled that Kara Blake will be joining us. Kara is a Canadian filmmaker who made The Delian Mode the documentary about Delia which won the prestigious Genie Canadian cinema award in 2010 for best short documentary. An audio-visual homage, the film seeks to explore the life and work of Derbyshire in a spirit indicative of its subject matter and continues to generate new fans for this unique pioneer. We are grateful to the Quebec Arts Council for supporting Kara to come to Manchester to take part in our symposium. We will present a rare screening of The Delian Mode and Kara will take part in our panel discussions.

Alongside his job as Senior Lecturer in Screen Studies at the University of Manchester David has been working on a long-term project on the life and work of Delia Derbyshire. He helped to bring her archive to Manchester and oversaw the digitisation of the tapes, which was carried out principally by Louis Niebur. Most of his work on the archive since then has been research focused on cataloguing and identification, cross-referencing the holdings in Delia’s archive with other related archives around the country as there were (and still are) plenty of missing details and questions about the contents of the archive.

“Beyond Delia’s astonishing realisation of the Doctor Who theme tune, the first time I became absolutely spellbound by her work and consciously aware that she was responsible for the music was when I got the cassette ‘Doctor Who: Earthshock – Classic Music from The BBC Radiophonic Workshop – Volume 1’ and heard ‘Blue Veils and Golden Sands’ – officially, the piece lasted just under three and a half minutes but it felt so much longer and simultaneously no time at all – I was lost in that piece and its shimmering, melancholic beauty, its liquid depths and sense of something beyond a distant horizon.”

Mark represents the Delia Derbyshire estate and was bequeathed her archive following her death before donating it to the University of Manchester. He is a television composer who is best known for his work on Doctor Who. He was also involved in the last days of the BBC Radiophonic Workshop, cataloguing and archiving their recordings for future use. As part of the BBC’s unofficial Doctor Who Restoration Team, Ayres has also done much of the audio restoration work for the later VHS Doctor Who releases, as well as many of the DVD releases, and all of the “Missing Soundtrack” CD releases since 1999.

Teresa Winter is currently undertaking a PHD at the University of York, specifically researching Delia’s creative processes and her historical, artistic and cultural significance as a composer of electronic music in Britain.

“Derbyshire contributed an original talent for moulding electronic sounds into what many consider to be conventionally beautiful music, at a time when the sounds of technology were mostly conjured to purvey a sense of fear of the unknown, disturbance, or strangeness in popular culture, compounded by its use in sci-fi from the late 1950s. I am particularly interested in the mix of familiarity and strangeness that resulted from the pressures of having to make music for a large audience. Something new was created, even where the musical language itself didn’t radically depart from tradition. This is one of the reasons why she has become a cult heroine for many, and is often credited with helping to inspire a generation of musicians to create popular electronic music in the 1990s.”